If you want to see how your girlfriend would look riding a unicorn, there’s no need to find a horse and glue a horn up to its forehead. You can do it on your computer in about five minutes, using photomontage. I know, it’s not a revolution. It’s a regular thing that people do thousands of times every single day. And the majority of them aren’t even photographers.

Photomontage is not just a neat way of making memes or performing pranks on your friend. As hilarious as his head on Homer Simpson’s body is, that’s not all there is to photomontage. People started it long before the internet era, with serious artistic intentions. Invented in Victorian England, it was used to present large-scale social occasions that would have been impossible to capture on cameras of the time. Today, it’s considerably easy to do it thanks to Photoshop and other photo editing software.

Back in the 19th century, cameras were pretty lousy compared to today’s standards. They couldn’t create a balanced photo, with consistent light and exposure. So, people came up with a solution to this problem, and called it combination printing. They would take two or more shots of different parts of a scene and then put the negatives together, as if they were a single photo. The method produced so satisfactory results that even Queen Victoria was pleased. One of the most notable early masters of this technique was Swedish photographer Oscar Rejlander.

From Britain, photomontage traveled overseas and reached the US, where it became an immensely popular way of presenting social gatherings or fantasy scenes. But it wasn’t until the first two decades of the 20th century that photomontage became a regular, widespread art form, thanks to the Dadaists and Surrealists who absolutely fell in love with it. During the First World War, artists such as George Grosz and John Heartfield infused photomontage with political, anti-war, and even anti-art messages.

Later on, it would be a tool for propaganda, particularly in the Soviet Union. Thanks to its large potential for fabricating things that never happened, it’s notorious even today, when nearly anyone can do it in a seamless, hardly noticeable way.

“Technology, like art, is a soaring exercise of the human imagination.” – Daniel Bell

It’s hard to convey all the potential that photomontage unravels. As an art form, it allows photography to step out of its realistic boundaries. In spite of its somewhat negative publicity, it’s still a technique that allows for unlimited creativity. That is, if you know how to use it. It’s a daring way to say: no, reality and realism don’t have to be my sole concern as a photographer. I can capture reality and then enter the brave artistic process of altering it in post-production.

How to Use Photomontage?

From the technical perspective, creating a simple photomontage is easy via editing software such as Photoshop or GIMP. If those feel too complicated for you, there are a number of easier alternatives such as Photoscape, PhotoScissors, Movavi, or Luminar. A nice solution when you only need to make a quick graphic for Pinterest, isn’t it? Just make sure your software has the layers functionality.

However, doing photomontage without digital aid can be even more of a challenge. You can go old-school with cutting and pasting (no, I don’t mean pressing shortcuts on your keyboard), gluing different parts or images together, pasting a piece of text onto your collage. 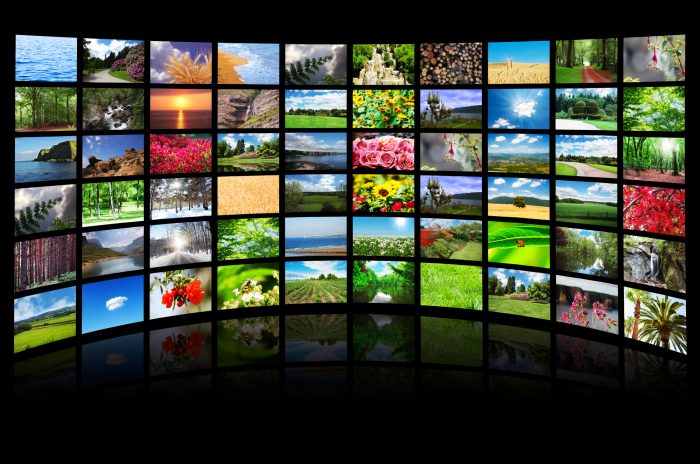 If you’re really determined to try and make some art, don’t just settle with humorous pranks and memes. You can try to do some cubist style photo montage, such as the photo collages or so-called photo joiners that the painter David Hockney got famous for back in the 1970s. In effect, these are collages that he made by shooting the same subject many times over, from multiple angles, and then stitching and overlapping them together.

Some recent artists have even incorporated video into photomontage, allowing for an even more dynamic experience.

Here, I will outline all the basic steps you need for a successful final product.

“All of my characters tend to be montages of different people I’ve met: little bits and pieces of their personalities put together.” – Rick Riordan

All of this sounds pretty simple in theory, yet it’s very tricky in practice. But before you give up, remember: photomontage doesn’t just serve various artistic purposes. Once you learn to do it right, you can use it to spice up your wedding or street photography, or even portraits.