Modern technology has changed photography for good. Nowadays, we use computers as much as cameras to create perfect images. However, heavy editing raises the question of ‘cheating’. I am a photo-purist in a way that I believe that the camera is still the most important tool for a good photographer. A computer can’t teach you to understand the light or how to compose a great image. The aperture, shutter speed, and ISO are still essential to create an amazing photo.

But, truth be told, editing tools became essential as well. If you shoot in RAW you will probably edit every single image. If you shoot JPEG files your camera will do some generic editing anyway. Some industries, especially advertising don’t care about the process as long as you deliver beautiful images. I don’t like heavy editing, but in artistic photos some editing is necessary. So, to make a long story short, editing can be a great tool as long as you don’t overdo it, so let’s see the Gimp vs Photoshop comparison and their pros and cons.

Adobe Photoshop is probably the first name that crosses your mind when you think of editing software. It is so for good reason. Photoshop offers a myriad of options and has some great features. But, there are some great alternatives as well. Depending on your skill level and ambitions, you might want to try some cheaper options.

This is where GIMP enters the scene. It is a free and open source photo editing software. So, is GIMP a match for Photoshop?

There is no simple answer here. It depends a lot on your preferences. Also people like things that they are used to more than new, maybe better, but unfamiliar things. It depends on the kind of editing that you do the most as well. So, obviously, it is hard to avoid subjective views.  I will do my best to present you with undeniable facts on Gimp vs Photoshop. As for the final decision, it can not be the same for everybody. I will provide the facts so that you can make your own judgment.

How Much They Cost

This is a misleading question because GIMP is free software. But, I think it’s logical to start with the greatest and the main difference between the two. Photoshop became a synonym for editing. It used to be quite expensive because it was sold for an infinite period of time. Now, you can’t buy it, you can use it for a monthly fee. The price can vary a lot depending on extensions and options that come with the package.

“With the price of life these days, you’ve got to get everything for free you can.” – Carl Rogers

As for GIMP, it is an open-source program and it’s free. It means you can download it on as many computers as you want. You can share it, copy it, you can even change the operating code, of course, if you have the knowledge to do it. Basically, you can do whatever you want, free of any charge.

So, GIMP has a head start. While the price tag is not irrelevant, performance is crucial for the verdict of any product.

Both programs have similar tools to execute a variety of tasks. You can do retouching, cropping, resizing, drawing, color correction, pixel manipulation and many more with both programs. So, which one does a better job?

The truth is that they both do a great job. For most of the editing, you won’t notice a difference between the two. But, as the editing becomes heavier, the differences emerge. Photoshop is a bigger program and it has more powerful tools. It is as simple as that. They have similar tools, but Photoshop tools are faster, more powerful and result in much stronger pixel manipulation.

But, don’t get me wrong, GIMP performs excellently overall. Depending on your work, you may never have a need to do the jobs where Photoshop’s advantages show. Still, if you push both programs to the limit, Photoshop has an upper hand.

Let’s dig a little bit deeper to shed more light on the use of both programs.

Photoshop CC is a large program. It takes up 1GB from your PC and needs at least 2GB of RAM. On the other hand, GIMP is pretty small, usually about 25MB, and it requires a minimum of 256MB of RAM. Being so small, you can carry it on your pen drive and use it on any computer if needed. Also, GIMP is compatible with Linux, Mac, Windows, and Unix, while Photoshop is available for Mac and Windows only.

So, GIMP is the obvious winner here. It doesn’t take much space and it can run on older machines consequently. Portability and compatibility are very convenient features as well.

Photoshop converts RAW images. Camera Raw that comes with Photoshop is smooth and has a lot of editing options. You can use RAW images in GIMP as well, but you need a UFRaw plug-in to do so.  Still, Photoshop has more options.

For non-destructive editing, Photoshop is a program of choice. Actually, Lightroom is the program that saves the original file, but you can switch between Lightroom and Photoshop in one click.

“My films start with images, a few images and a few feelings, and I try to edit them together to see the correspondence between these images and these feelings.” – Leos Carax

Honestly, I don’t find either program to be user-friendly. They offer so many possibilities that it is a never-ending learning process. However, GIMP has a slight edge. This can be a matter of preference, but you can customize GIMP to suit your needs. This makes it a little bit more user-friendly.

When it comes to color models and management, Photoshop offers more variety. GIMP doesn’t have a CYMK color mode while Photoshop has both CYMK and RGB color modes. CYMK is needed for printing images. To convert the files Gimp needs a separate plug-in. It is not a big deal, but it takes more time and work. So, Photoshop is a better choice when it comes to printing. Actually, color management is the strongest point of Photoshop. 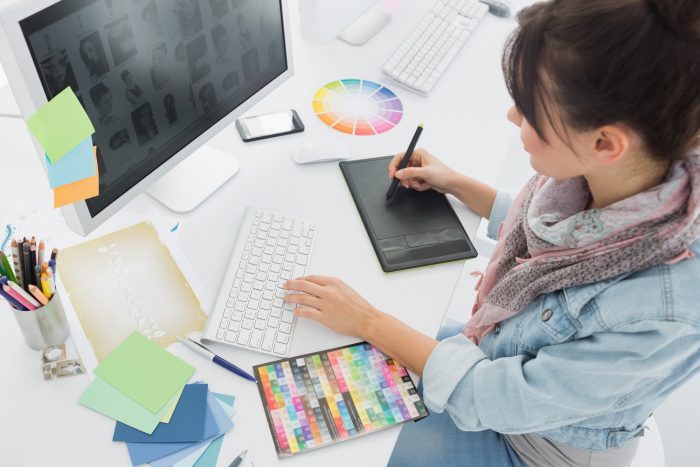 Both programs offer upgrades. All GIMP upgrades are free which is nice. You don’t have to think about money when the upgrades are available. As for Photoshop, your fee includes potential upgrades, so it is sort of free, too. While you don’t have to pay anything to use GIMP, price to pay for Photoshop vs Gimp comes with some advantages. Upgrades and updates are more regular as Photoshop is dedicated to providing the best possible service.

In my opinion, there is no clear victory. It is natural to make a comparison between the two programs because they are both photo editing software. However, it is not a competition. You have a large company behind one of them and the other one is an open-source program. So, their goals are different even though they do the same job most of the times.  Photoshop is one of the oldest and probably the best editing software overall. On the other hand, GIMP is an excellent free alternative. And it has some advantages as well.

Both programs are highly appreciated by users. When it comes to user satisfaction, Photoshop and GIMP have 98% and 96% satisfied users respectively. There is a fine margin which one to choose, though.

If you are a beginner in editing I would recommend GIMP because it’s free, portable and small. Also, for all users that edit occasionally GIMP is a great tool. So, hobby photographers, beginners, hobby designers won’t make a mistake if they choose Photoshop, but GIMP may be a better choice.