You probably already have a nice camera that performs well in many environments and circumstances. But does it shoot well in dark or low light conditions? Maybe you even paid quite a few bucks for it and it still doesn’t do a very good job.

Even if you didn’t choose to specialize in night photography, low light conditions will haunt you from time to time. Maybe you need to shoot a wedding session in a dimly lit environment, such as a church or a hipster bar. Or you’re trying to capture nice shots at a classical music recital. Whatever might be the case, you will need to be prepared. You can do this by having a well tested camera and by knowing how to use it.

“The secret of success is to be ready when your opportunity comes.” – Benjamin Disraeli

That’s one of the major reasons why most cameras built into our smartphones really suck. However good images they produce in daylight conditions, they will ruin your night concepts. While there are certain exceptions, it’s best to not even dream about giving your smartphone a full-time usage when it comes to photography.

And that is why I’m making this list for finding the best low light camera in 2020, as well as the features yours should have to meet all of your needs. Throughout the article, I’ll also be covering best camera settings in various situations. Plus, I’ll throw some tips at you here and there – both from my own experience and some of the most successful photographers.

Before digging in, I have to warn you: cameras that are best equipped for shooting at night will be among the costliest. So, if night photography isn’t your primary course, you will probably want to settle with a less specialized good low light camera that will provide decent, but not extraordinary results. I will include both categories on my list.

“But I know, somehow, that only when it is dark enough can you see the stars.” – Martin Luther King, Jr.

Things to Keep in Mind When Shooting in Low Light

Let’s go through the basic features you should pay attention to when choosing a low light camera that is as good as it can be for the money. The key point to all of these features is balance, since all of them are chained up and interrelated with each other. Each will spoil the photo if pushed to the maximum, so you’ll need to be very careful and put dozens of practice hours behind you make your first truly successful shots.

While weighing in and out many different camera options for you to consider, I’ll make sure not to include the most high-end solutions, which can be priced well above average people’s means – even tens of thousands of bucks. Those cameras are affordable to either the best of the best photographers, or those who specialize in night shots and have based their brand on it. 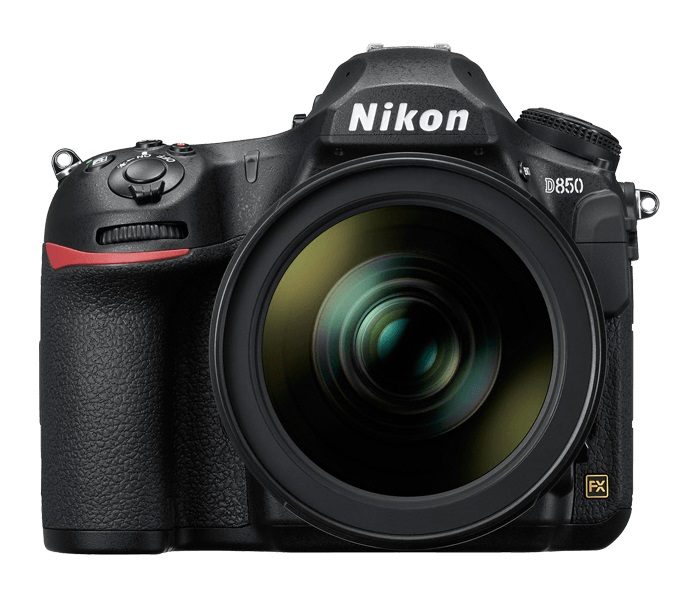 You know how the saying goes “the most expensive is always the best.” Sometimes it isn’t true, but in this case, it is. This model seems to be a bit extravagant with the price tag, but I can assure you it’s worth every penny. Fancy features and settings aside, I will only mention the ones that are relevant to today’s topic.

Its full-frame sensor features whopping 45.7 megapixels, which should account for outstanding resolution and dynamic range. Combined with ISO sensitivity expandable up to 102,400, it’s one of those features that really stand out in this model. The sensor is backside-illuminated (BSI) and has an enhanced light gathering efficiency while reducing noise as much as possible. Just like one would expect from a gadget within this price range, it’s weather sealed so you can use it pretty much wherever you want to. 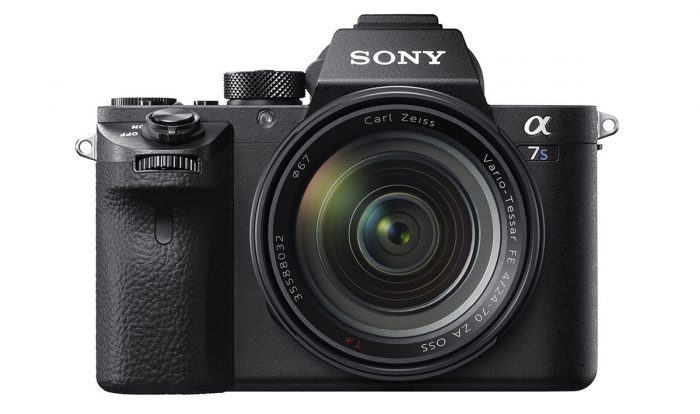 If the above Nikon is too robust and heavy for you, behold the world’s smallest and lightest full frame camera. And don’t let the size trick you. This truly is a powerful gadget, with ISO sensitivity up to 409,600. That should be enough even for the darkest environments. Its resolution of 12.2 megapixels is far from impressive, but even that works towards producing far better results in darkness than many other cameras with a bigger megapixels count. Its shutter noise is next to nonexistent, making it a very discreet camera. When you’re on the go, the size will matter too, since this light camera outperforms many bulky and heavy DSLR monsters. 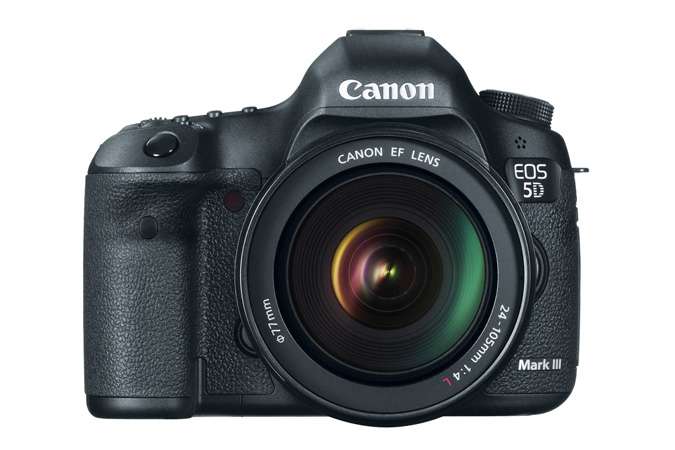 After you see this monster’s price, it won’t come as a surprise when I say that it’s packed full of excellent, top-notch features and solutions. It’s a full frame camera, hence it’s better equipped to handle darkish to very dark conditions, with ISO expandable up to 102,800. Note that lens is required and sold separately. If you’re a wedding photographer, you could hardly wish for a better piece of gear – it will excel both in studio, outdoors and in dimly lit places.

The sensor counts 22.3 megapixels – more than enough for a great show. Even at high ISO rates, there won’t be too much grain in the image. Plus, the 61-point autofocus works great in dark as well as daylight. If you like this model, you should know that it has a younger cousin 5D Mark IV, but the latter is slightly more expensive while having no significant advantages for our current needs. 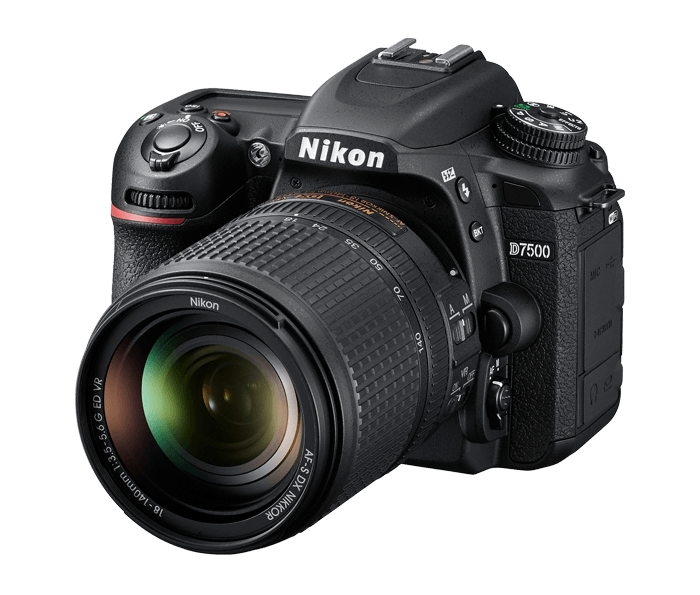 If you’re looking for an overall good camera that performs great in low light conditions too, this Nikon should be right for you. It’s a cousin of the awarded models D500 and D7200, with a few updates (a few downgrades too, admittedly!) Its ISO goes to as much as 1,640,000. Maybe you can even hope you’ll get to use the highest value, since the image processor works very well at reducing the noise. Even though this camera is a very good aid, it’s not a wizard. It will act like a great overall camera whose performance at night is more than satisfactory. Just like many other notable Nikons, its rugged body is covered in waterproof layer, which makes it great for cruel outdoor conditions. 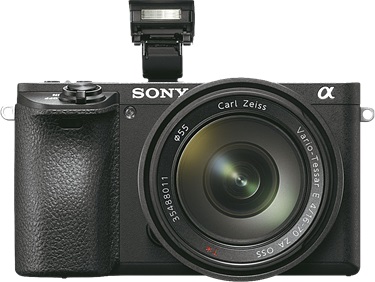 If Sony a7S is too pricy for you and you’re a fan of Sony Mirrorless Series like I am, check this out. It’s got a bigger megapixels count and ISO goes up to 51,200 – not too much, but it will still make very decent night or low light shots. At least at half this ISO value, your photos won’t have much visible noise. Another difference from a7S is that it’s a crop frame camera, which means the field of view will be narrower. So, you should know that it will affect the light absorption to a certain extent.

Of course, there are tons of other differences, but a7S is a high-end model with a cost multiple times bigger than its cousin’s. It’s worth noting that a6500 features the so-called IBIS, in-body image stabilizer, that almost completely neutralizes your hand shake and other movements. And that is extremely important when shooting at slower shutter speeds in low light conditions. 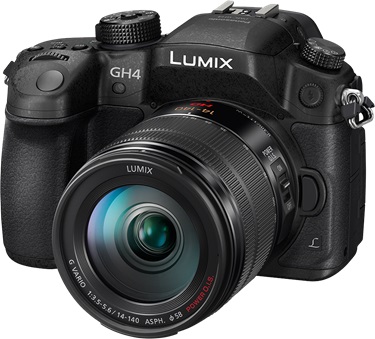 Are you not ready to splurge thousands of bucks on top-notch options for shooting in the dark? Great, because there are many solutions that will showcase awesome results during the day, and very good or satisfactory results at night. Of course, don’t expect a non-high priced camera to capture wonderful shots in the dead of the night. But this one won’t embarrass you, and sometimes that’s enough.

Apart from that, here’s what you can hope for in this versatile model. Amazing moiré suppression (that annoying misinterpretation of patterns with repetitive details), high speed autofocus, durable and fast shutter, as well as 4K video. If you’re ready to pay more, check out its successor Panasonic GH5. The only reason I chose to feature GH4 instead of it is because I want to present at least a few options affordable to a wider audience.

With ISO range up to 51,200, it will produce good results if you don’t go over 25,600 – but then again, you shouldn’t exaggerate with ISO in any camera. When shooting night or low light photography handheld, you won’t have to sweat over your hand shake, since the model offers in-body image stabilization (IBIS). Just make sure to turn off this option when you don’t need it anymore, since it drains the battery very fast. Another feature worth noting – Fuji has been working tirelessly on improving their colors all the time, and this camera exceeds in that field. The colors will look fresh and lively even in low light setting. 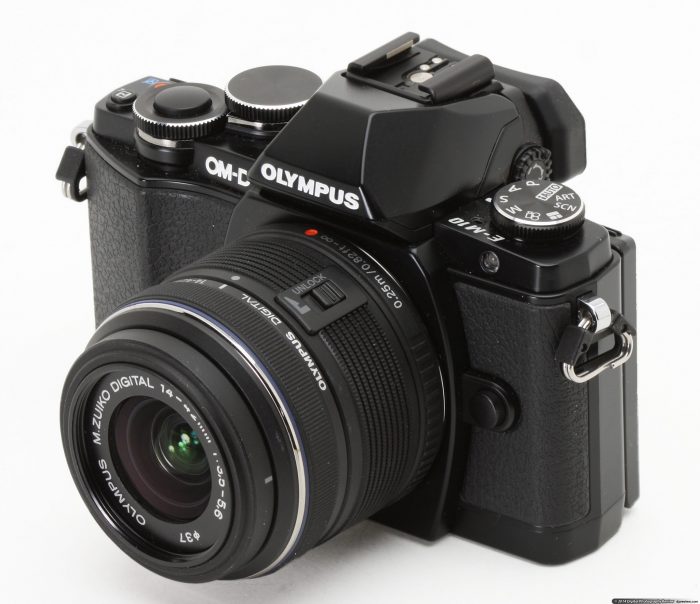 This model provides the buyer with an ideal ratio of price versus quality and performance. A nice viewfinder with 2,36 million pixels will be of great use in different circumstances. If you’re a fan or frequent user of autofocus, it got even easier and much faster with this model – you will get it from your touchscreen the moment you tap an area, without any lagging.

Silent shutter will be appreciated in discreet situations. In spite of its relatively low price, it’s rich with features that even seasoned, fully professional photographers adore. Note that it has micro 4/3 sensor size, which by definition isn’t best suited for our premium purpose here, but this camera seems to have found its way around that issue.

Whichever camera you opt for, always keep in mind that making amazing shots in low light is never easy. It requires a wide range of skills and lots of practice. Acquiring the best low light camera is just the starting point; now that you’ve done it, roll up your sleeves and practice!