Is a stand more stable and balanced if it has three legs or just one? Unlike us humans, it can’t really function with two. It’s either one or three – either a monopod or a tripod. (Actually, there are duopods as well, but that’s a story for another time.)

And contrary to what one might expect, tripods are not better by definition. They are just different from monopods in function and structure.

Read on to learn about their differences (apart from number of legs, of course), whether you need either one or both, and when to use which one. For starters, it’s good to know that both are essential part of any professional photographer’s gear.

One-legged Stands a.k.a. Monopods – Basic Features and Use

Monopods, also known as unipods, are poles that cameras rest on for improved stability. They are very lightweight and easy to set up and carry around.

That means you will be better off with a monopod vs tripod when it comes to certain types of photography that require lots of moving and strolling outside, climbing and quick action, such as sports or wildlife photography. Their light weight, however, doesn’t mean they aren’t solid. However heavy and bulky your camera with all of its extras might be, a decent monopod should be able to carry it.

The importance of having a stand for your camera cannot be overstated. You know those long days when you’re out hunting for great shots? However enthusiastic and thrilled you might be, your arms and hands won’t be near as steady as you need them to be to capture those perfect shots. A monopod won’t slow you down or add to your fatigue. It won’t be the cause you missed a perfect moment because it took ages to mount a tripod. Better yet, you can manipulate a monopod and shot at different angles relative to the ground.

“I love photography, and I love the art of photography.” – Helen Mirren

Of course, there are also monopods that are used as selfie sticks. As much as many photographers kinda loathe the selfie culture, it’s probably here to stay. I myself am not a fan of it, but I have to admit one thing. Selfies look so much better when taken with a “selfiepod” than a shaking arm at weird angles and with the photographer looking way out of proportion with the rest of the gang (if any).

Three-Legged Stands a.k.a. Tripods – When to Use Them

If you are photographing scenes at a slow or very slow shutter speeds, a monopod won’t be of much use. Even though it’s meant to support your camera, there’s only so much a single leg can do. Your support needs additional support of its own. And that’s where you’ll feel the need for two more legs. Make way for its majesty the tripod!

And a majesty it is. Extremely efficient, locked down into place, stable and sturdy – one could hardly wish for more. But it’s a demanding tool. It’s usually very heavy and bulky, and it takes time to unpack and set up. Ideal for long shots, predictable scenery, slow and patient work. Disastrous if you’re in a fast-moving, dynamic environment where every detail is worth capturing as a part of the story. 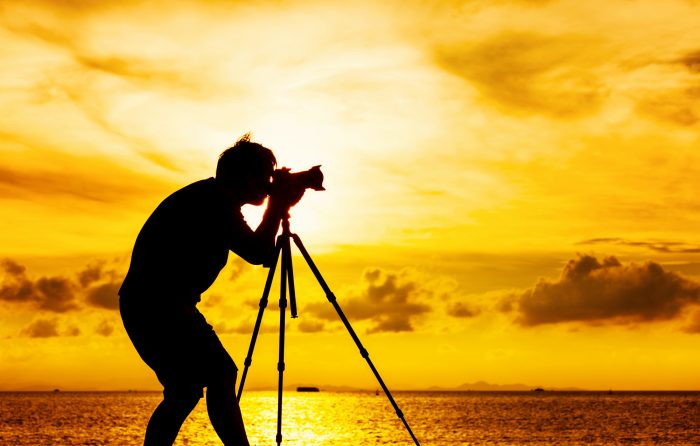 Tripods are a great aid when it comes to motion-blur photography with long exposure or slow shutter speeds. Use them to convey regular and consistent motions that depict a flow of time, instead of drama of the moment. For example, shooting a river with blurred stream, or a city scene at night with blurred lights from automobiles in constant movement would be practically impossible without a three-legged assistant that’s supposed to stand still for a long or very long time.

Verdict – Which One Do You Need More?

If you made it to this point, you’re already guessing that I’m not here to pass a verdict on whether a monopod vs tripod would meet your needs better. Each has its pros and cons, depending on the purpose and a number of circumstances. It also depends on your budget, since tripods are typically more expensive than monopods.

However, I heartily recommend you to acquire (at least) one of each, and bring them everywhere with you if possible. A photographer can never know what kind of adventure lies ahead, and what challenges it will include. Even if you choose to be a nature photographer with mobility as the primary concern, you will realize the importance of having a tripod even on your first shooting spree.