As an aspiring photographer, you’re bound to have a hard time while getting your hands on good or even decent equipment. A great DSLR camera and a couple of lenses can cost a fortune on their own, and there’s tons of extra stuff you will need to get it up and running in all circumstances. But even those don’t amount to much if you don’t have a powerful computer to match them. So, how to choose the best computer for photo editing? Which specifications are optimal? Last but not least, how much money will it cost you? I’ll cover all these questions and more in this blog post, and then I will present a few of the best solutions currently on the market.

For starters, let’s get one thing clear. Splurging on just about any expensive computer doesn’t mean you will get the best of it as a photographer. Not all pricey computers are made equal. Before making that dreaded choice, you will need to know precisely what you’re looking for.

As you most probably know, Adobe Photoshop and Lightroom are two sacred tools for every photographer and photo editor. Both are highly advanced software and they tend to devour your computer’s resources, at least where larger projects are concerned.

So, in order to handle them properly and with ease, you will need the following components to work without any strain:

I won’t indulge the decades long debate between ardent and fierce Apple and PC advocates and loyalists. We’re interested in facts here, so let’s cast all subjectivity aside and see which is the best computer for photo editing.

The cold truth is that both Mac and PC have their own pros and cons. So, the choice usually boils down to personal preference. Do you want a powerful beast of a computer? You don’t have to splurge thousands on a Mac. You can get equally or even more bang for your buck if you buy a PC. That being said, I won’t take the PC side either. I admit that there is more than one area where Apple champions are right. Mac computers aren’t nearly as vulnerable to viruses and various other threats that lurk behind the corner in the PC world. Due to their more stable infrastructure, they are also less likely to crash or cause various bugs and errors in the midst of your project.

As a rule of thumb, PCs are more upgradeable (not an insignificant advantage) and support a far wider variety of software. But then again, it’s harder to make the choice when you get to choose between dozens of manufacturers for every single component. Compared to that, a Mac will give you none to very little headache, since they build almost all the hardware and software in-house.

“A good decision is based on knowledge and not on numbers.” – Plato

A Desktop or a Laptop?

Most professional photographers I know don’t rely on a single computer, be it a desktop or a laptop. Instead, they have one of each, for different purposes and circumstances. And that is the most recommended option – of course, if you can afford it. A powerful laptop will be your travel companion, so you don’t have to rush home whenever you need to do some quick editing. A super-reliable monster of a desktop would be sitting at home, waiting for you to come and feed it materials from the shooting session. The two aren’t interchangeable. You can’t drag a desktop around. And a laptop doesn’t have unlimited upgrading opportunity. Each of them has its own strengths and weaknesses.

However, if you really have to make a choice, it would probably be best to get a super powerful laptop AND a good monitor to hook it up when you’re at home. That’s simply due to the fact that you should always be able to bring the best computer for photo editing with you, but you shouldn’t have to rely on a single small screen of a laptop. If I had to compromise, I would probably go for that kind of a middleground. 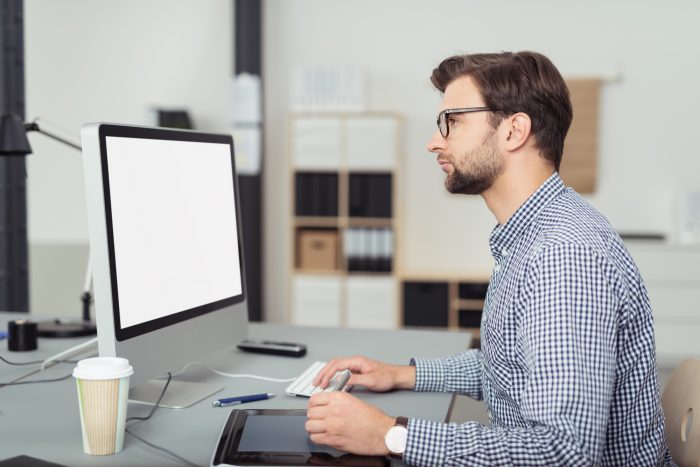 I will try to make this section as useful as possible for the widest audience, by including both the best options money can buy, as well as those that should fit an average budget. Also, I will feature both desktops and laptops. So, let’s dig in! 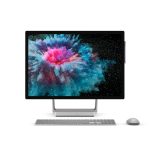 Everybody (myself included) will advise you against getting an all-in-one computer. And for obvious reasons: they are rarely upgradeable, and if something goes wrong, fixing it is a nightmare. Plus, cleaning can be way more difficult and tricky than with “ordinary” desktops. I agree with all that, except when it comes to state-of-the-art models such as Microsoft Surface Studio. All designers and photo editors will be thrilled at its 13.5 million pixels of true-to-life colors. Plus, you can tilt the machine (I almost said the monitor, gods forbid!) at 20 degrees down to work in studio mode.

It’s a real beast for people who work with digital art, yet stylish enough to suit even the fiercest Apple fans. Unfortunately, it’s very expensive and therefore unaffordable for most people. But you could do well to plan on acquiring it as soon as your possibilities allow. 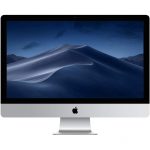 There isn’t much to say about this computer, except that it’s hands down one of a few most powerful machines out there. The standard iMac design has been around for a decade now, and they still stay true to it. In case 32GB RAM is less than you need, it is easy to upgrade through the circular opening on the back of the computer.

There are two Thunderbolt 3 USB-C ports that allow for further upgrades. Even the heaviest tasks will run smoothly, and to be frank, you might not even need this amount of power. But if you are an Apple fan, it will be a non-negotiable choice for you.

Those of you who don’t mind having a box below your computer desk will find this machine a real monster in terms of performance. The graphics are powerful enough to power any hardware-intensive task, be it photo and video editing or immersive gaming. Special thermally controlled fans are very quiet, with multiple airflows that cool the CPU, GPU, and power supply unit separately, so that heating will never be an issue.

There are 11 USB ports, two of which are USB-C type. The card is dedicated with 4GB of its own RAM, so it won’t eat up your system’s resources. The computer comes pre-loaded with Windows 10 and has almost no bloatware. (If you aren’t familiar with the term, it’s unneeded software that comes included in a new computer and requires some hassle to get rid of.) 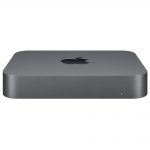 A very powerful machine in a very small and elegant package, this Apple Mac Mini should handle every task and workload you throw at it. It’s definitely a great solution for those of you who prefer a desktop computer but are reluctant to carry a big box with them. With four USB-C Thunderbolt ports available, you can upgrade this little machine in various ways, for most purposes. The RAM is upgradeable to up to 64GB, in case you have any doubt. But my guess is that you’ll have a perfectly smooth experience with the RAM as it is. One would expect such a small gadget to overheat in a second when running bulky operations, but you shouldn’t worry on that account. It has an advanced thermal architecture with great airflow, so temperature won’t be an issue.

The only minus is that the graphics card is integrated. Bad news for photo editors as well as gamers! You can get an external GPU to improve the performance, but it will raise the cost even more. 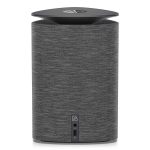 I know that looks aren’t everything, but it helps when your computer doesn’t look like a big, plain box. This one certainly doesn’t, and it even has a fully integrated audio system. The powerful processor allows for great multitasking performance, as well as 4K video capabilities.

You won’t lack any storage space even if you feed the computer with all of your digital content. Thanks to the integrated audio that lets you ditch those speakers, I would recommend it to video editors or simply those who enjoy listening to music while they work. Or to those who really like their desk to look beautiful. 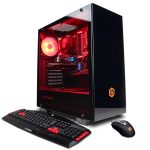 Let’s jump to the machines toward the lower end. And don’t just skip this model because it’s called “Gamer.” Since gaming and photo/video editing requires pretty much the same technical specs, you won’t be disappointed with this machine. In fact, it provides an enormous value for the money. The dedicated graphics card runs on 2GB of its own RAM. If you want to get (or already have) multiple monitors, fret not, since this computer is dual-monitor compatible. Keyboard and mouse are included in the package and price.

Of course, very advanced users might find it lacking. But then again, it doesn’t cost an arm and leg, so we shouldn’t expect it to be perfect or even compare it with the top-notch solutions. 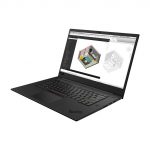 If you’re looking for a perfect laptop for photo editing, and are willing to splurge whatever it costs, Lenovo ThinkPad P1 is probably the best computer you can buy as of this moment. The IPS display means that the colors are bright, true-to-life, and don’t change or reduce in quality when viewed from different angles.

Two Thunderbolt 3 ports enable upgrading, in case you find it lacking in any respect (which I sincerely doubt). It might sound unbelievable, but this contraption is more powerful than some very expensive desktops. Apart from amazing performance and display, this laptop also features very flexible yet sturdy design, so you don’t have to worry about rougher treatment when you’re out and about. 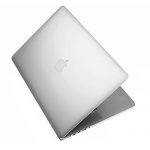 The Retina Display is as gorgeous as ever, due to the very high pixel density. The True Tone technology adjusts the display brightness to the external lightning in your environment. Traditional function keys are replaced with customizable Touch Bar, which allows you to use your tools intuitively. It automatically recognizes the type of work you’re engaged in, and offers you the most relevant functions. So, if you are editing a photo, for example, just touch and hold the touch bar to automatically preview the original, pre-editing version. The SSD is super fast. Of course, you can always go with the cheaper 13-inch version, but I wanted to include the bigger display since it’s very important for photo editing.

The only con I can think of is lack of a SD card port, which many photographers will find annoying. Also, the storage and RAM could have been better for a computer this expensive.