Photographers are known for going out of their way to produce awesome effects for their shots. Even (or I might say: especially) when it involves a certain risk. If you are one of those adrenaline-addicted snappers, you will love smoke bomb or smoke grenade photography.

You can use it to spice up pretty much any genre of photography – be it portraits, wedding sessions, landscapes, action photography, or any photo session that needs a touch of extravagance. It looks splendid, yet isn’t hard to perform.

“What is this world? A mere curl of smoke for the wind to scatter.” – Abraham Cahan

But just like anything else, smoke bomb photography requires some prep work. You need to keep in mind some precautions and have a trick or two up your sleeve, in case anything goes wrong.

In this blog post, I’ll cover the most vital information about smoke bomb photography – what it is, how and when to use it, tips and tricks to make it even better.

What Is Smoke Bomb Photography?

If you were that kid who always used to perform pranks, you will be familiar with the notion and function of smoke bombs. They are a kind of firework that produces awesome, colorful effect as it burns. These bombs don’t actually explode – or at least they aren’t meant to. They are made of potassium nitrate, powdered dye, and fuel such as household sugar. I know what you’re thinking now, but don’t do it – making a smoke bomb at home isn’t recommendable. Apart from the fact that it might not work if you don’t get the right ratio, it can also be dangerous. Anyway, smoke bombs are pretty cheap online, so there’s no reason to put yourself through any hassle.

When you employ smoke bombs in photography, they create an awesome, colorful effect. When made right, they can burn for up to a couple of minutes, allowing you to take quite a few amazing shots. And yes, it’s far better than just applying smoke effects in Photoshop.

“Love is a smoke made with the fume of sighs.” – William Shakespeare

What Do I Need?

Not much, really. The list of items for smoke bomb photography is very short. 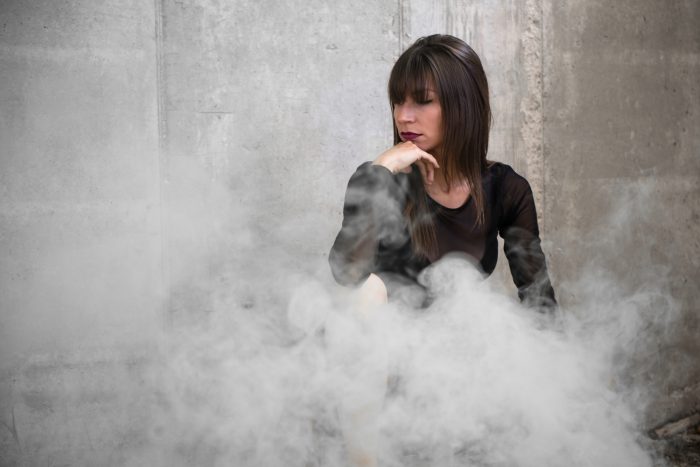 I know this section doesn’t sound sweet, but I have to include it since I don’t want anyone or anything to get hurt. To make it up to you, I will also recommend a few tips to get even better effects.